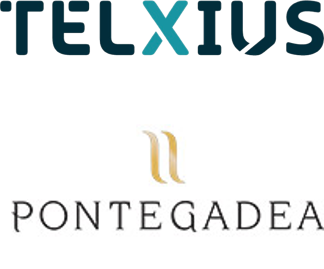 Telefónica today reached an agreement with Pontegadea for the sale of a 9,99% in Telxius, Telefónica’s telecommunication infrastructure arm, for a total of 378.8 million euros. This transaction represents a price of 15.2 euro per share of Telxius.

The sale has been structured via Telefónica’s subsidiary, Pontel Participaciones, which owns 60% of Telxius’ capital stock. Pontegadea owns 16.65% of Pontel and Telefónica the remaining 83.35%. After the transaction, Telefónica will maintain a majority stake and retain operational control of Telxius. The unit will continue to be consolidated into its accounts.

This transaction is part of the Telefónica Group’s asset portfolio management policy, based on a strategy of value creation, optimization of the return on capital and strategic positioning. It also complements the objective of organically reducing debt and strengthening the balance sheet in a growing cash flow scenario, which allows us to maintain a sustainable shareholder remuneration.

These cookies allow the user to navigate through our website and use its different options and services, including those that Telxius uses to manage and operate the website, such as for example, identifying user’s session, remembering the elements that make up the shopping cart, managing payments, storing content for broadcasting video or audio, etc. In addition, technical cookies include those that allow the website to remember information configured by the user so that he or she accesses the service with certain characteristics that can differentiate their experience from that of other users, such as the language selected by the user, the type of navigation and regional configuration through which it accesses, etc. Technical cookies are strictly necessary to provide the services of the website, as well as for its proper functioning, therefore it is not possible to reject their use.

Analytics cookies allows Telxius to monitor and analyze the aggregate behavior of users in the website. The information collected through this type of cookies is used to measure website’s activity, in order to introduce improvements based on the analysis of such information. We use analytical cookies, mainly using Google Analytics services and tools, for the purposes mentioned above.