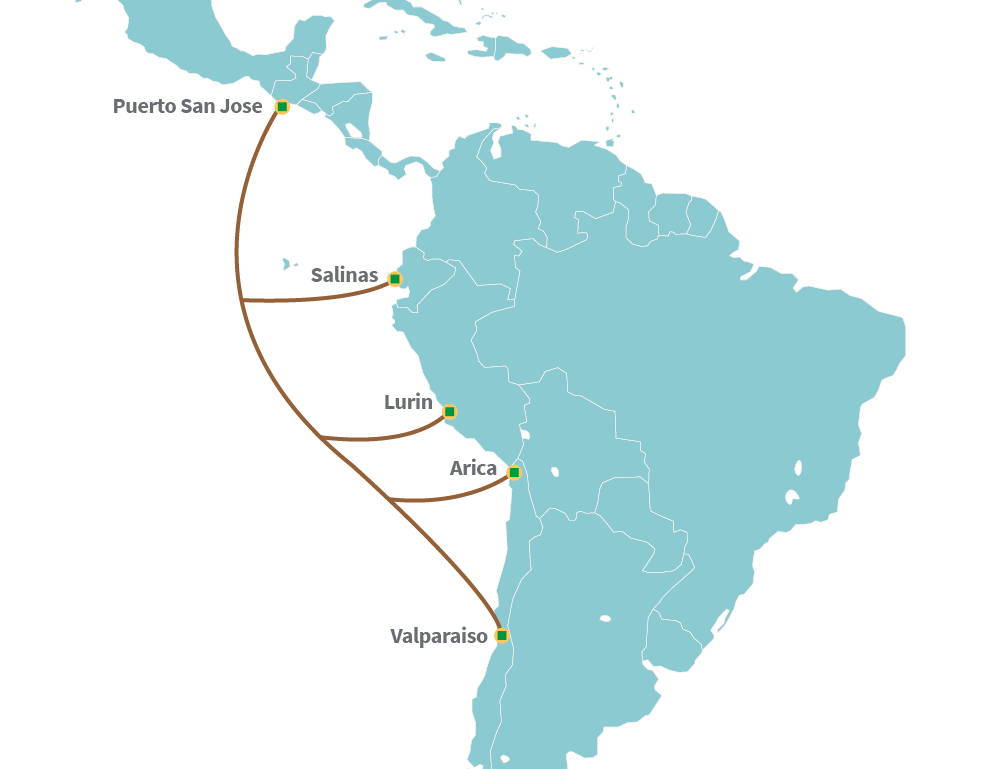 The South Pacific Submarine Cable (SPSC), also known as ‘Mistral’, is a joint project by Telxius and Claro and supplied by Subcom, which will interconnect Latin America’s Pacific coast, with landing points in Chile, Peru, Ecuador and Guatemala, and is expected to be ready for service in mid-2021. This state-of-the-art submarine cable, with a length of approximately 7,300 kilometers and a transmission capacity of 132 Tbps, will offer the lowest latency in the market and provide the highest levels of service, reliability and security, significantly improving connectivity for millions of people in Chile and Latin America.

Another benefit of the new SPSC/Mistral cable, which includes two cable landing points in Chile: Valparaíso and Arica, is that it adds resilience to communications between the Zona Centro and the Norte Grande regions, which will now have a backup system in the event of situations that may lead to a service disruption or a breakdown in the terrestrial communications network in these regions. This enables communications to be more robust and resilient when faced with critical episodes such as natural disasters and contributes to addressing the growing demand for connectivity in the coming future.

“Today, more than ever, connectivity is key. We know that the arrival of the new Mistral submarine fiber optic cable will contribute to boosting the digitalization of our country, preparing it to deal with the current and future connectivity needs and boosting its position as a connectivity hub in the Pacific,” said Mauricio Escobedo, General Manager of Claro Chile. The executive added that thanks to Mistral’s capacity, both the enterprise cloud services and the delivery of services will be optimized.

For his part, Marcelo Araya Cortez, General Manager of Telxius Cable Chile, commented: “Mistral is an infrastructure designed to evolve at the pace of technology, allowing us to meet the growing demand for internet, data and content services in the country. This project reinforces our commitment to offer the best-in-class service in Latin America, where we already have three additional next generation submarine cables: Brusa, Junior and Tannat, which together with our other submarine cable systems in Latin America: SAm-1, PCCS and Unisur, enable us to extend high capacity and low latency communications to the United States.”

But why are submarine cables important? Currently, 99% of telecommunications is carried over submarine cables(1) and they allow countries to respond to the growing demand for internet, data and content services. They also have a very positive impact on a country’s economic development.

The submarine cable was named in honor of Gabriela Mistral, the first woman in Latin America to receive the Nobel Prize for Literature in 1945. “The world changes in an instant,” said the poetess and she was not wrong; we have all witnessed how quickly everything changes, especially with regard to technology and connectivity.